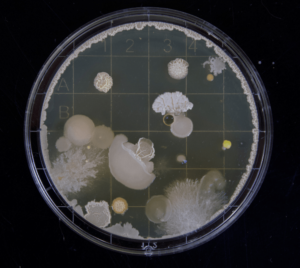 Early research published in the January edition of Science Advances, has researchers speculating about a possible correlation between gum disease and Alzheimer’s. Researchers are particularly interested in one of the key bacteria that causes gum disease – Porphyromonas gingivalis (P. gingivalis). Early studies seemingly show that this may be a key to unlocking the root cause of Alzheimer’s disease, a form of dementia.

While studies are in their infancy and we don’t have concrete evidence to support such a claim, here’s what we do know;

It wasn’t until 2016 that research teams started to question the role bacteria plays in those patients with Alzheimer’s. It is still not certain what came first… bacteria leading to dementia or dementia opening up the gateways for bacteria to thrive, but that is ultimately the key question trying to be answered through initial studies.

While it is far too early to conclude anything, our Mississauga periodontal team will be keeping a close eye on future studies and developments. Any inroads to finding the cause behind this terrible disease will be a huge win for so many families. For now, we continue to stress the importance of good oral hygiene habits and dental appointments, while watching for any warning signs of gum disease.

If in doubt, talk visit our periodontal practice in Mississauga and talk with our team of experts in periodontal disease. As experts in periodontal treatments, specializing in dental implants, gum recession, crown lengthening, bone and gum grafting, the Chao pinhole surgical technique and more, we’d love to help you address your dental and smile concerns. Call us at 1-800-341-7471 or connect via email at [email protected]. Until then… keep smiling!

Periodontal Associates
4.9
Based on 68 reviews

Orest Saczyk
22:24 14 Jan 20
Friendly staff. The doctor was able to solve a problem that had been bothering me for weeks in literally two minutes. Doing a happy dance!

Sharon Williams
05:22 08 Nov 19
I have gone to this periodontal clinic for over 10 years. The dental specialists and hygienists have all shown an exceptional level of not only the highest technical standards, but true caring about their patients needs and comfort. If you are afraid of getting dental treatment, this is a place where you can park your anxiety at the door. The consideration of your dental care needs starts when you make that first call and continues all the way. In addition, expert preventive care knowlege to help you care for your mouth is provided. Preventative care helps to reduce future costs and really works, just as it does in every other facet of your life. If you already practice this level of care for your family, your vehicle and home, why wouldn't care even more about your own dental health? Finally, if you are concerned about costs, they can help with payment plans, as many others won't. In this office, they always have a doctor on call. S. Williams, Mississauga, ON

Elysia R
16:59 06 Nov 19
Excellent customer service and friendly atmosphere. You can have confidence in their services. I had 8 gum grafts done which was an overwhelming concept for me. They made the procedure feel much simpler that it was and I felt completely comfortable.

Allan
15:14 18 Sep 19
Thanks Dr. Su. She is professional and patient. I would like to recommend her to any friend who is looking for good periodontist. Stella is a recommended hygienist as well.

elise z
16:54 13 Sep 19
I had gum grafting surgery yesterday. Dr. Su and her team were amazing. They made sure I was comfortable throughout and after the surgery. I had 8 gum grafts done so it was a big job, but they made it seem easy. They also offer payment plans for people who do not have insurance. I would recommend this place.

Michel Mecca
14:00 13 Aug 19
I was very impressed with the professionalism of the staff at Periodontal Associates. Inasmuch as the surgery I had done was minor, they explained the procedure in detail and made me feel extremely at ease. all in all, it wasn't as bad as I had thought and would definitely recommend them for any dental needs.

Fern Conners
01:43 02 Aug 19
Dr. Su was absolutely amazing. I have a terrible fear of any kind of dental work due to a few very bad experiences. Everyone in the office was so helpful and patient. What I assumed was going to be a very unpleasant experience was exactly the opposite.

jc cr
19:39 10 Jul 19
The staff was very friendly and welcoming when I used the service, in particular my hygienist and dentist were super nice and accommodating. The office was clean, rooms were well lit and private. Appointment times were convenient. The service was appropriate for my needs and the experience not as scary as I had envisioned. Would I use this service again? Yes in a heartbeat as I truly appreciate the experience and I am quite satisfied with my outcome.

Caryn Geddes
17:59 18 Jun 19
Amazing staff and doctors! Very friendly and caring. The best cleanings I have ever had. Surgery was painless, and I was made to feel as comfortable as possible. Will HIGHLY recommend to everyone!

* manddy *
23:07 14 Jun 19
As a dental hygienist who has worked with many periodontists, I made sure to have my graft procedure done by only the best!Dr. Mohamed is a straight up communicator with fabulous chair side manner. His skills as a trustworthy periodontist are by far superior in the profession. I will travel near and far to have Dr.Mohamed perform my perio procedures! :)

Brenda Leong
00:47 28 May 19
Fabulous experience! The location is easy to find. The office is spacious & comfortable. All the staff are very friendly. They are very professional in all they do and the results were exactly what I needed. I highly recommend Dr. Su - she is the best! Thank you for a very positive experience! ?

elomb73
20:21 15 May 19
I would highly recommend Dr. Su and the supporting staff. I was apprehensive about my procedure but Dr. Su put me at ease. The procedure left me with no swelling and I did not use any painkillers. I have the utmost respect and confidence in Dr. Su and the supporting staff, who are extremely professional, at Periodontal Associates.

Brent And Shalenie Hodgson
00:17 27 Apr 19
The staff was great and made every effort to ensure I understood the proposed care plan

Nora Dixon
16:27 23 Apr 19
Went for a consultation this morning after avoiding this for years. I was so pleasantly surprised! Dr Gangbar and his staff are all friendly and the atmosphere is relaxed and inviting. dr Gangbar explained the procedure in detail and answered every question thoroughly. He is very personable and was able to address the concerns that kept me from coming in sooner. So far, this has exceeded my expectations greatly. I’m booked for my surgery and I’m feeling totally at ease with it. Stay tuned... :)

Hedy Chang
17:46 06 Apr 19
I have my regular maintenance and treatments at this office for over 40 years. Doctors are diligent, skillful and professional. This office has strong, stable and friendly staffs. They always make me feel comfortable.

Marissa Mac
13:46 11 Mar 19
I have been a patient at Periodontal Associates for several years, from the moment you are greeted by the front desk staff to when you leave you receive excellent care. The Doctors and their assistants are professional, knowledgeable and considerate of their patients needs. The hygiene staff are thorough and comprehensive in their treatments. Overall an office I would recommend to anyone seeking periodontal treatment.

Liana Lambert
04:02 04 Dec 18
A warm thank you the team of Dr. Mohamed and assistant Lori for providing all the ingredients for a successful, long-term patient-medical staff relationship: high professionalism, great talent and dedication, compassion and a fun relaxing atmosphere, and many more. PA must be very fortunate to have them, and patients should be assured they are in excellent hands. Congratulations to Sue as well (the office manager) for always ensuring the office is run at highest standards and making sure patients feel welcome and taken care of.

Mark Chyz
14:06 03 Mar 17
A truly unique experience that is worth going back to. The hygienist will give you more education and tips on your first visit than you will ever get at a regular dental. The cleanings are phenomenal, and the doctors look after the details.

Rose MacQuarrie
17:17 11 Mar 16
I would highly recommend this very professional office. The appointments are on time and they always follow up to make sure all is well.

Brock M.
01:47 09 Dec 15
A welcoming professional environment. All of my visits have been a great experience. I am always greeted by name and never have I had to wait longer than my scheduled appointment time. I never hesitate to recommend Periodontal Associates.

Sarah Chai
19:30 18 May 11
Wouldn't recommend this place. REALLY high prices. The hygienists are really nice and personable but Dr Gerczuk is far from that.
Next Reviews

Please review our COVID-19 Protocol before your appointment

Your browser is out-of-date!

Update your browser to view this website correctly. Update my browser now